The quest for perfection and an aestheticism that reflects an ideal in the common imagination, an imagination that will turn out to be one-sided and ethno-centric, is a narrow and elitist principle that has led the fashion industry by the nose for far too long.

In spite of any notion of avant-garde by the creation of new silhouettes, new attitudes, the use of new materials or the emancipation of new visions of femininity and masculinity through clothing, fashion has not succeeded in being the right social reflection of the world in which it evolves. It has always been too thin, too white, too cis-normative, too polluting, too selfish.

The change only started recently when the system on which this fashion is based started to run out of steam and a new generation of designers in tune with the social, ecological and marketing issues of the time showed the way to the industry's behemoths. The latter have had no choice but to get in tune with this trend by taking the path of irreproachable brand ethics, a point that has become important for the flood of potential new buyers that have been pouring in since the advent of the digital era and the democratization of luxury.

Many brands no longer use furs or leathers from exotic animals. They want to be "sustainable" and advocate upcycling in order to break away from the image of the industry as an environmentally unfriendly glutton. Rightly so, since it remains the second most polluting industry in the world.

Diversity on the catwalk has become non-negotiable, which is a huge step forward in itself, but as for the question of eco-responsibility, the veil between ethics and marketing is slowly being torn apart, because today more than ever they are one and the same. However, it would seem irrelevant to simply blame these developments. Ethnic, morphological and sexual diversity, and the progressive abolition of gender spectrums are not negligible and satisfactory advances. The plurality of identity is now essential.

So why question the end of inclusiveness? It is not a question here of abolishing or amputating the palette of identities previously mentioned, but simply of questioning its commercial instrumentalization.

Fashion designer Nix, founder and artistic director of the Lecourt Mansion label, who recently presented her first ready-to-wear collection at Paris Fashion Week, spoke to Antidote Magazine about the issue:

Designer Casey Cadwallader, in charge of collections and branding for the house of Mugler since December 2017 is now distinguishing himself with his castings of various sizes and silhouettes. He advocates a more versatile beauty than the one hammered into people's minds for years and unpretentiously sets himself up as a figurehead of shapewear & body positivity in the luxury world by designing clothes adapted to a wide range of morphologies.

It is important that designers who are in tune with the times lead the way. It is equally important that fashion reflects and celebrates diversity in its entirety, no longer being a trend or a misrepresentation of the reality of a plural world.

The latest edition of the magazine 52 Minutes de Mode, filmed by Loïc Prigent, revealed once again the backstage of the latest fashion show of the young brand Atlein. The opportunity for the designer Antonin Tron to highlight several pieces made of fiber from recycled plastic, while highlighting the very paradoxical or even absurd limits of upcycling and its commercial instrumentalization, such as the creation by some factories of new plastic bottles whose only function in the long term will be recycling. He also dwelt on the absence of real public claims on its sustainable brand ethics. This silence is eminently political in the face of a plethora of brands that use and abuse greenwashing in their communication strategies. It seems more relevant to try to find new solutions, new approaches that are more positive and aware of their impact in order to make the profession evolve with accuracy in a changing world.

It is interesting to push this questioning to the sociological level: Are the questioning of norms through inclusion as well as the quest for a mode of production and distribution that is conscious of its environmental impact a thing of the past or a necessity?

The nuance seems to be necessary in order to argue around this questioning. To free oneself from these achievements would be to nip progress in the bud and to minimize its importance and impact, but to move towards a standardization of this one, a standardization preventing any marketing instrumentalization that could prove to be erroneous, is essential to emancipate oneself from the limits of its current use.

The question of the performativity, of the performance of facade, of shop window insists through several examples of the contemporary fashion. Let's go back to a post by the designer Simon Porte Jacquemus on the occasion of the presentation of his Spring Summer 2021 collection "Love" which took place in the middle of a wheat field in the Paris region. A diverse cast, with morphologies and varied ethnicities walks the catwalk. The controversy erupts when the designer publishes in his Instagram story a photo alongside his team in the backstage of the parade. An Internet user of twitter will publish this photo next to a shot of the casting of models, the contrast is striking and will generate a massive outcry: the vast majority (if not almost all) of staff members present are Caucasian, in opposition to the exemplary palette touted on the catwalk and in the campaigns.

Like the questioning of the validity of eco-responsibility in cases where it is fabricated, these highlights on the ramparts that stand like a falsified utopia between the front and back of the spotlight; sweep away the credibility of an industry that claims to be inclusive. The sale and promise of an image that accurately reflects our world no longer has to contrast with a narrow panel when the time comes to build it.

We are prisoners of a system of overproduction and capitalist overconsumption reaching its limits in a society that is running out of steam and of which fashion is one of the many pillars, so much it shapes the habits of today and tomorrow in our minds in order to make an optimal monetary profit. It will never be able to legitimately and fully claim to be eco-responsible because its very essence is to be thirsty for opulence and profits.

This same system, in which artists create and industrialists govern, never stops stumbling in its race for political correctness, ethics, responsibility and irreproachability, with the sole aim of communication. Let's not deny the good faith of some designers, but it is essential to deconstruct these new promises that are part of a context of climatic and societal emergency, in which fashion and its actors can no longer be satisfied with caressing the tip of the iceberg but must act in a global and concrete way. 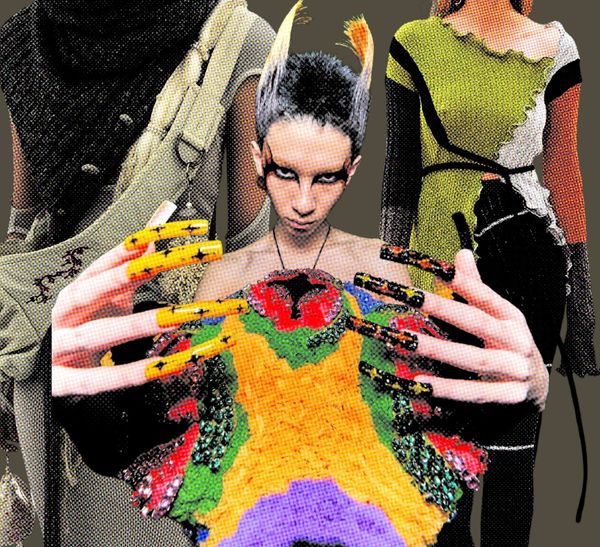 Members only
A constant stream of world-changing incidents rob us of our ability to adapt. 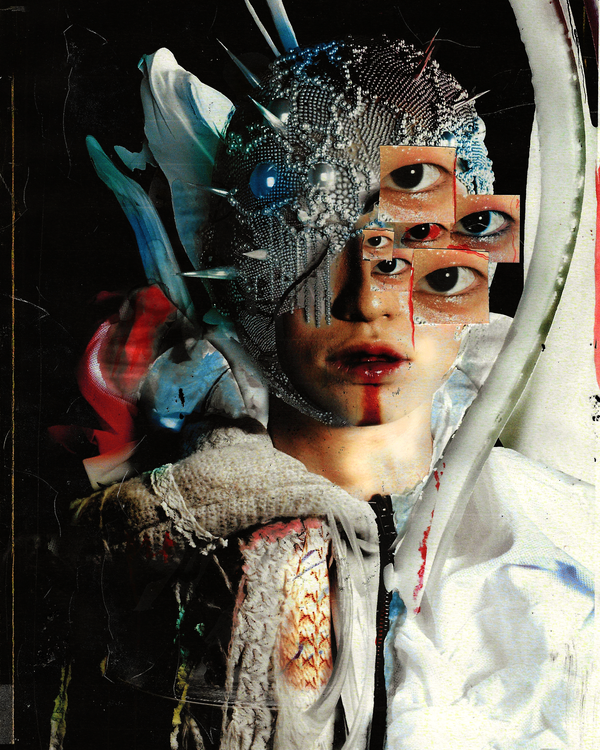 Inspired by 90s Japanese Manga, the story of these two angels lays in the same human body. The body duplicates as the duality impregnates. Members only
Using "poor aesthetics" to criticize consumerism or, on the contrary, to glorify poorness has been the fashion industry's obsession for many years. But who do designers actually make a mockery of? The poor or the rich?